The Paris Kanellakis Theory and Practice Award is awarded by the ACM to honor specific theoretical accomplishments that have had a significant and demonstrable effect on the practice of computing. More details can be found on the ACM award website including a list of all recipients.

In 2007 Bruno Buchberger was recognised with the Kanellakis Award, . See the official ACM award page and their ACM news item for more details.

Pictures from the award ceremony are stored here.

In his 1965 Ph.D. thesis, Bruno Buchberger created the theory of Groebner bases, and has made substantial contributions to the development of this theory throughout his career. He named these bases after his advisor Wolfgang Groebner, and provided a constructive algorithm for these objects, now popularly known as Buchberger's Algorithm.

His theory of Groebner bases became one of the crucial building blocks of computer algebra and is widely applied to solve problems in robotics, computer-aided design, theorem proving, systems design, coding theory, and modeling biological systems. The algorithmic method of Dr. Buchberger's theory forms part of all current symbolic computation systems such as Mathematica, Macsyma, Magma, Maple and Reduce.

Over the years, his work has been generalized to apply to other algebraic systems (e.g., polynomial rings over integers), its complexity has become better understood and improved, and its key algorithmic algebraic concepts have been widely popularized.

Dr. Buchberger remains central to the success of these efforts. He has also been actively leading the development Theorema, a theorem prover based on a symbolic computation system, at the University of Linz, Austria. For the last two decades he has played a leading role in constructive and algorithmic algebra and its applications through the establishment of the Research Institute for Symbolic Computation (RISC), and the Softwarepark, Hagenberg, at Johannes Kepler University in Linz. 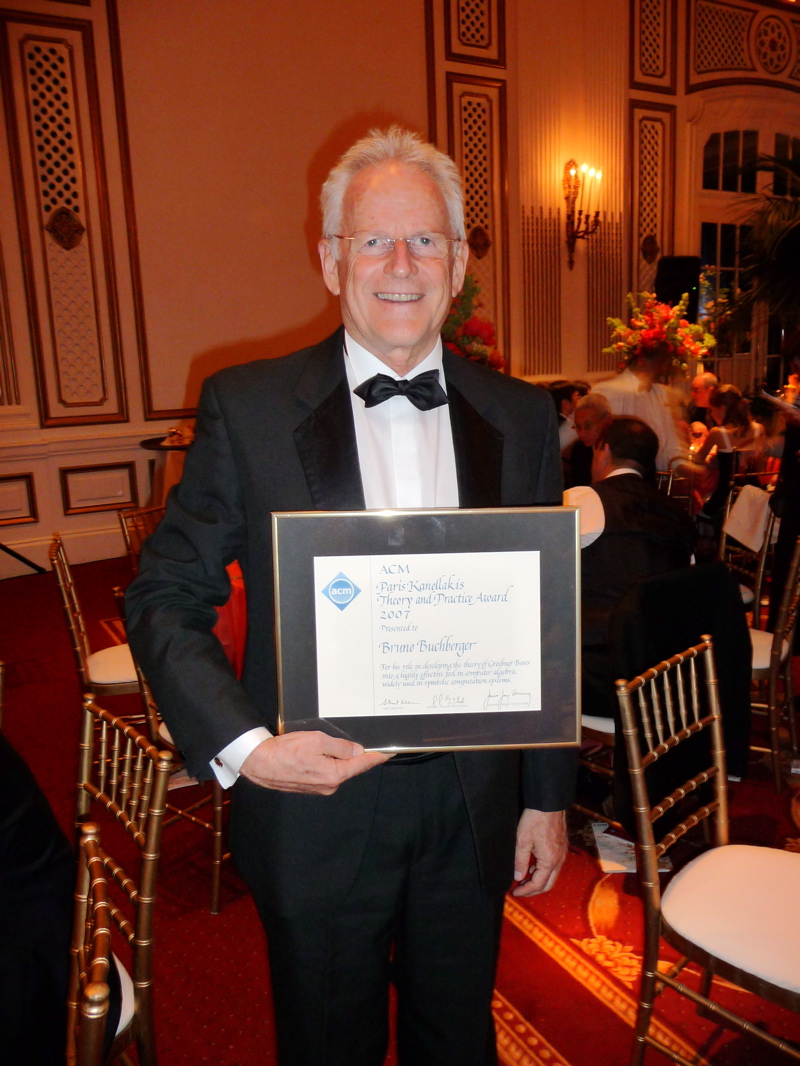